Closing out Coachella in the Sahara Tent, a 20 foot tall inflatable white and gold duck was brought to the stage for Duck Sauce, the Sunday night headliner. The giant inflatable duck was retrofitted to shoot lasers out of its eyes and was given a black light paint treatment for optimal black light rave-duck moments. Two choreographed dances were also included in the set, bringing in cheerleaders to complete the varsity theme. See Zedd Coachella 2014, Skrillex Coachella 2014 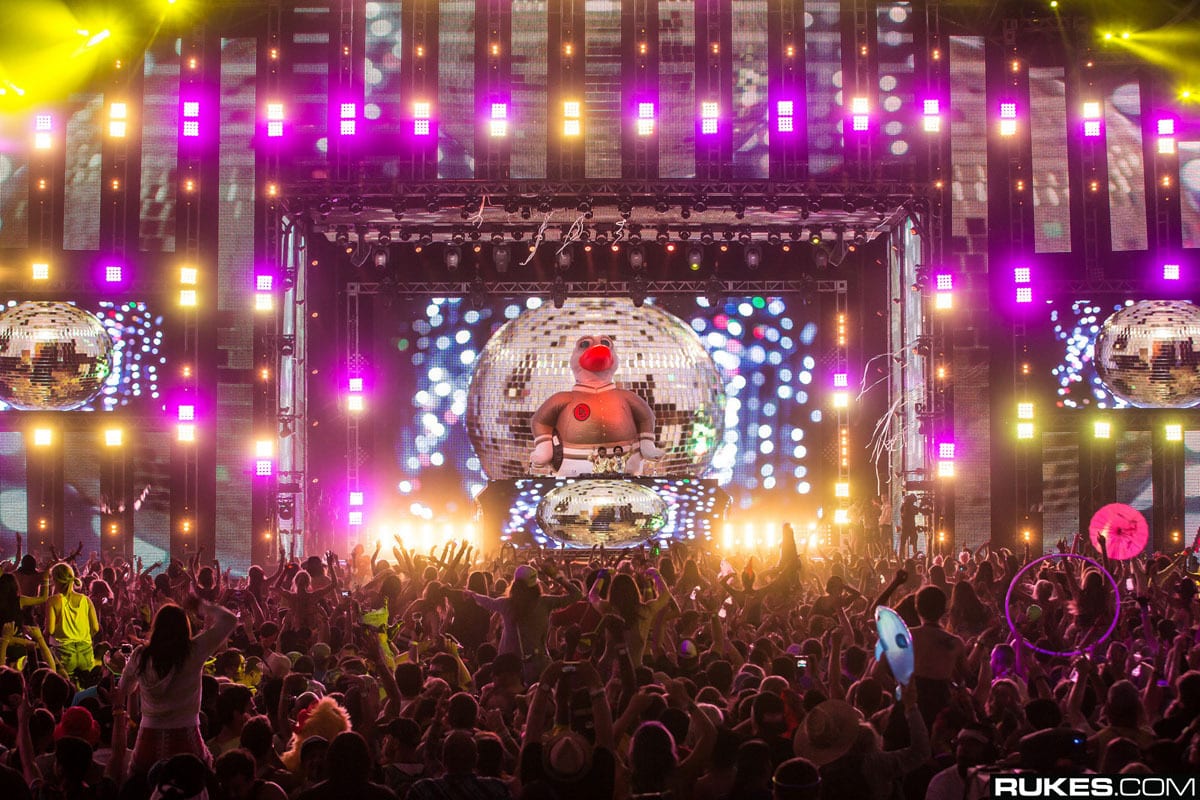 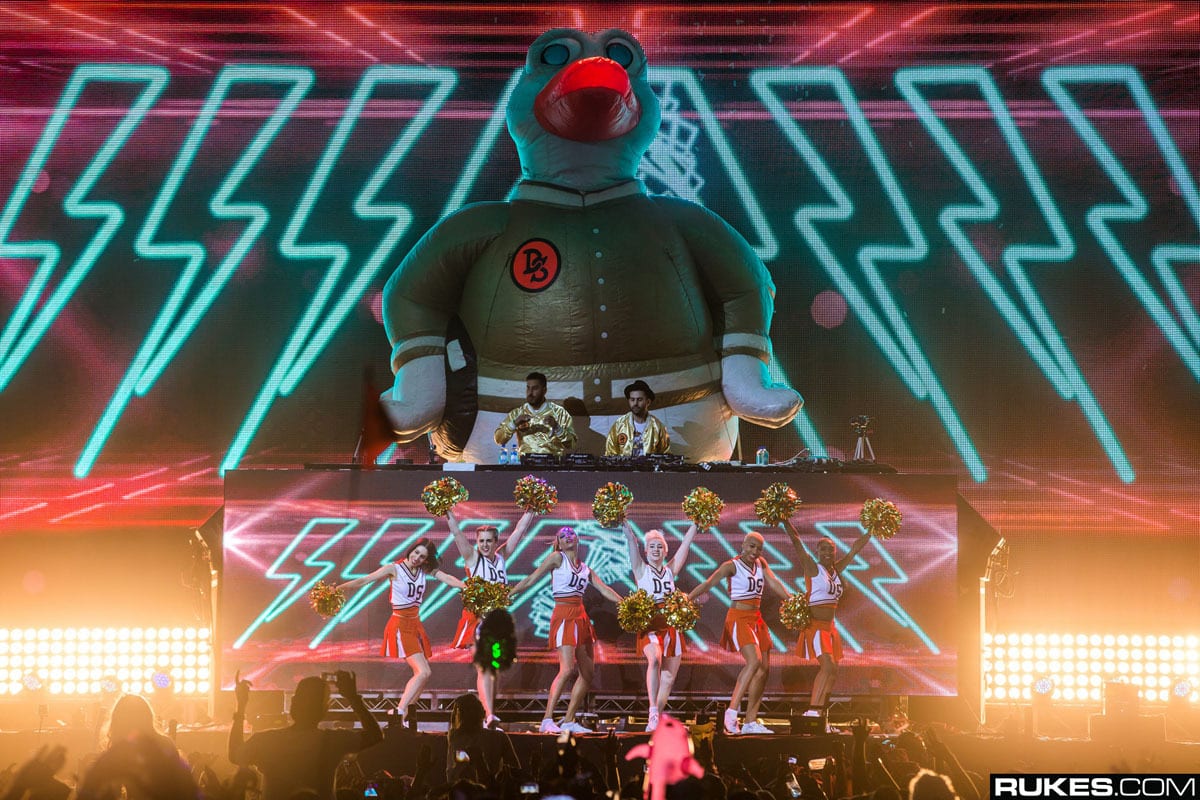 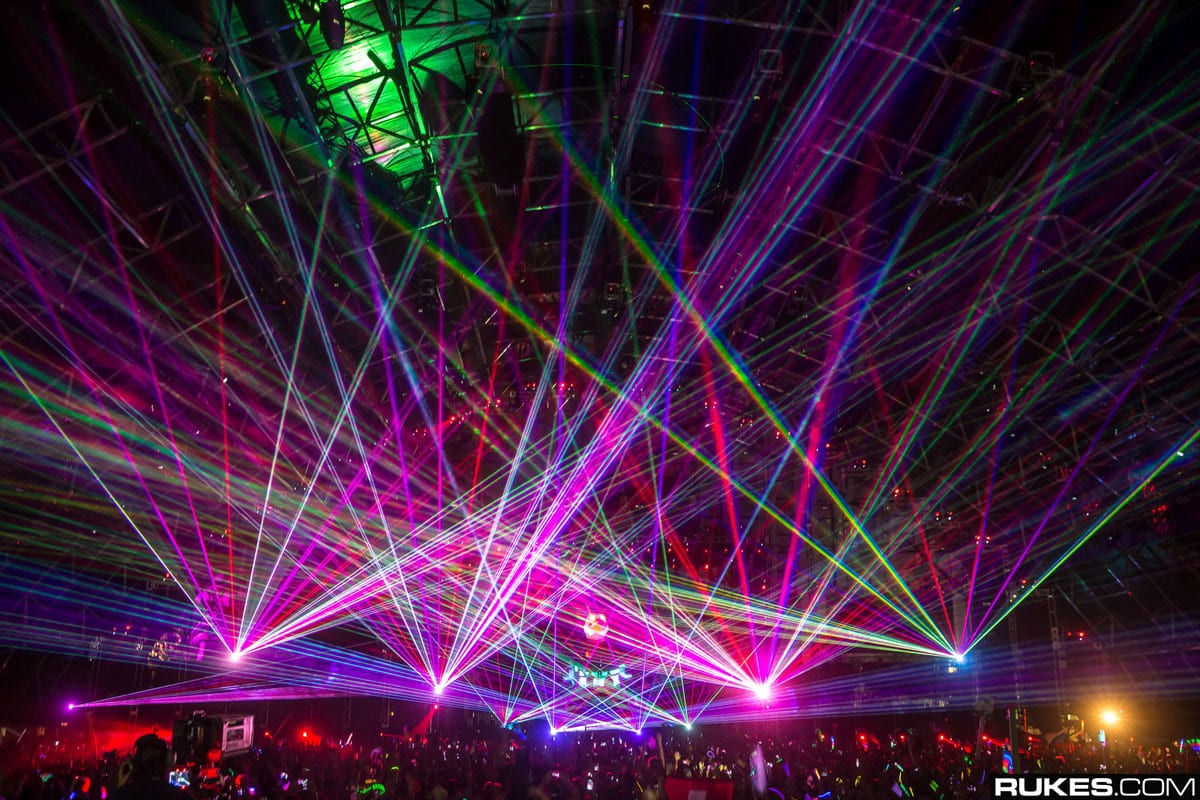 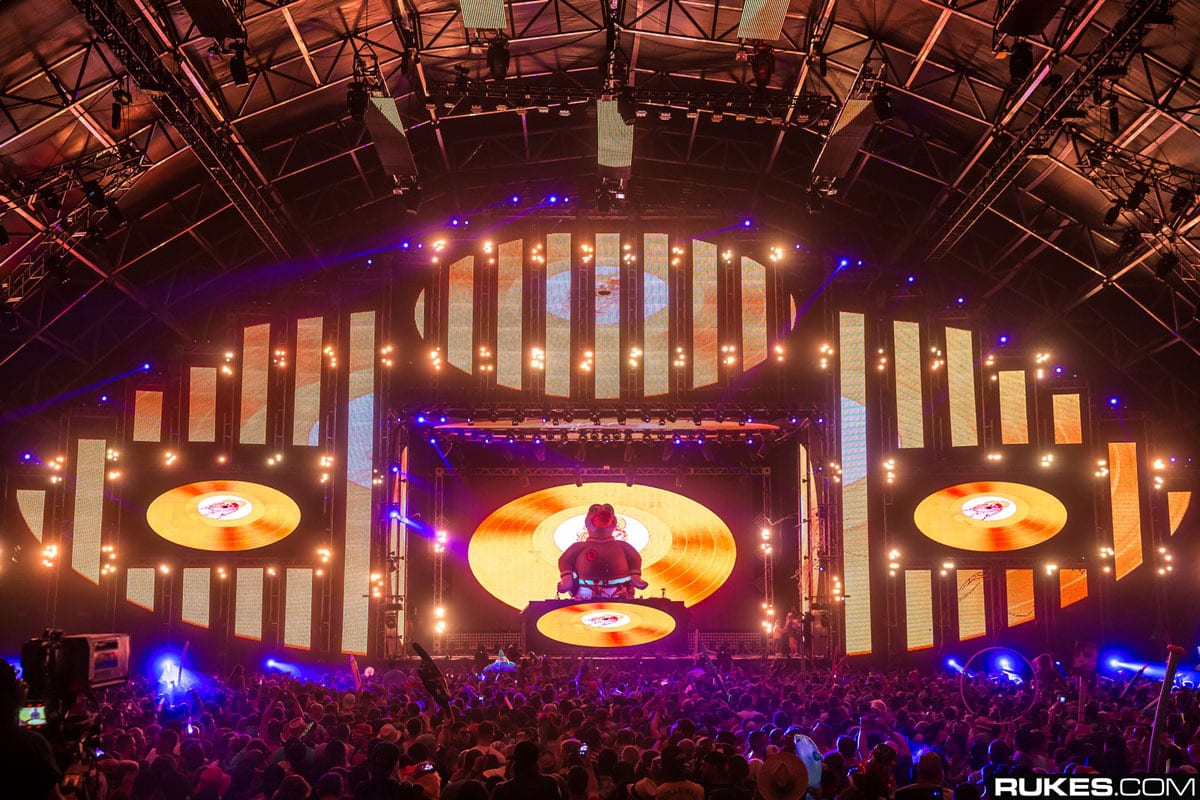 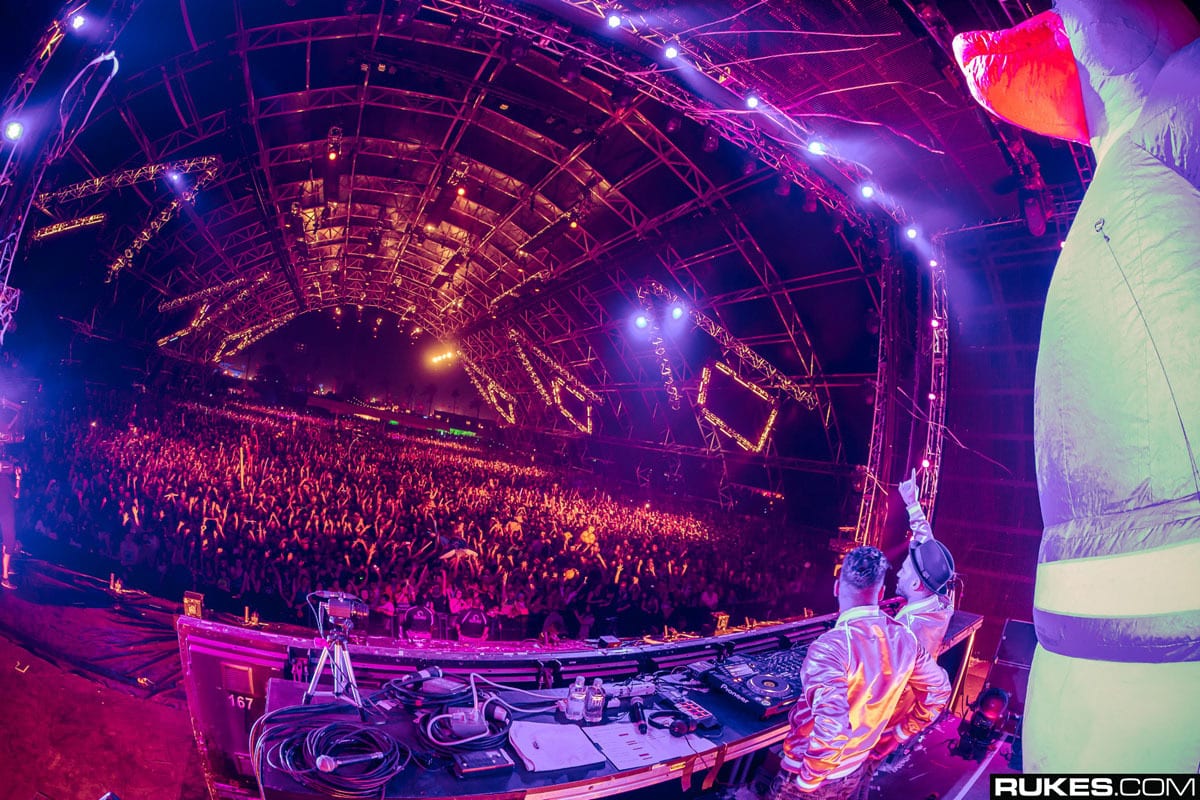 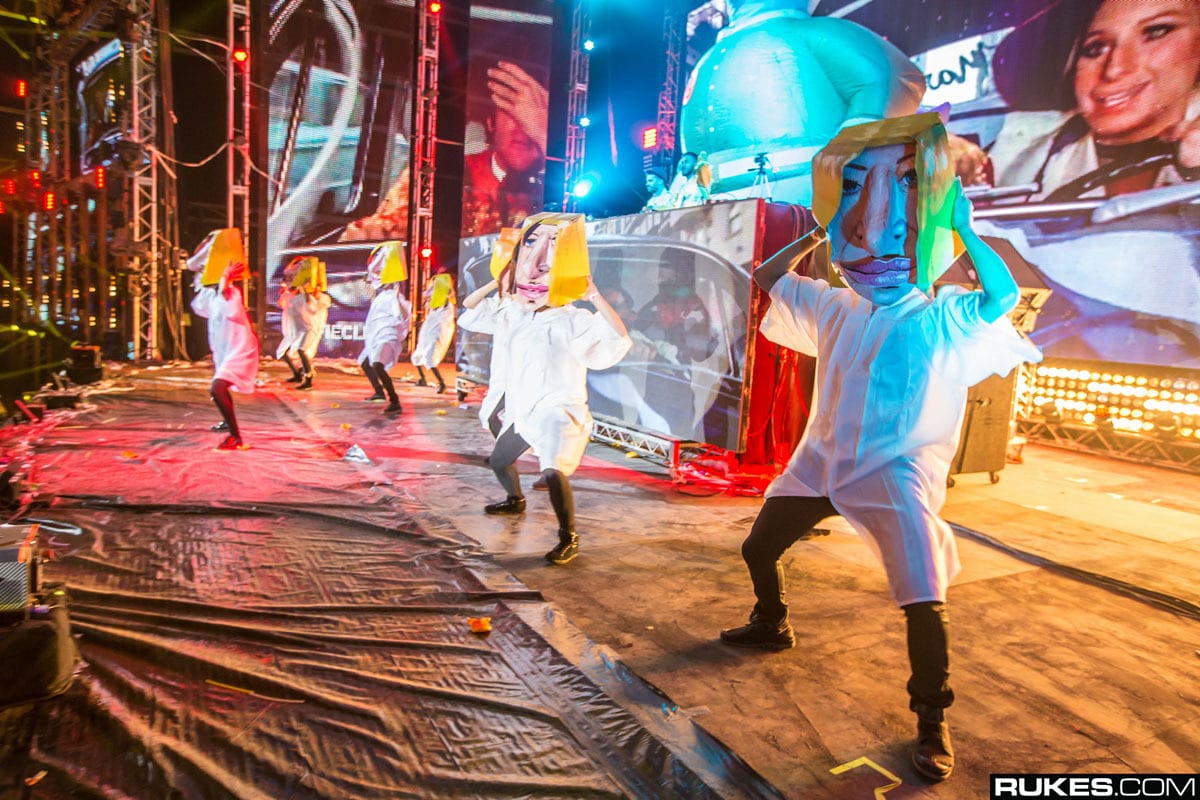